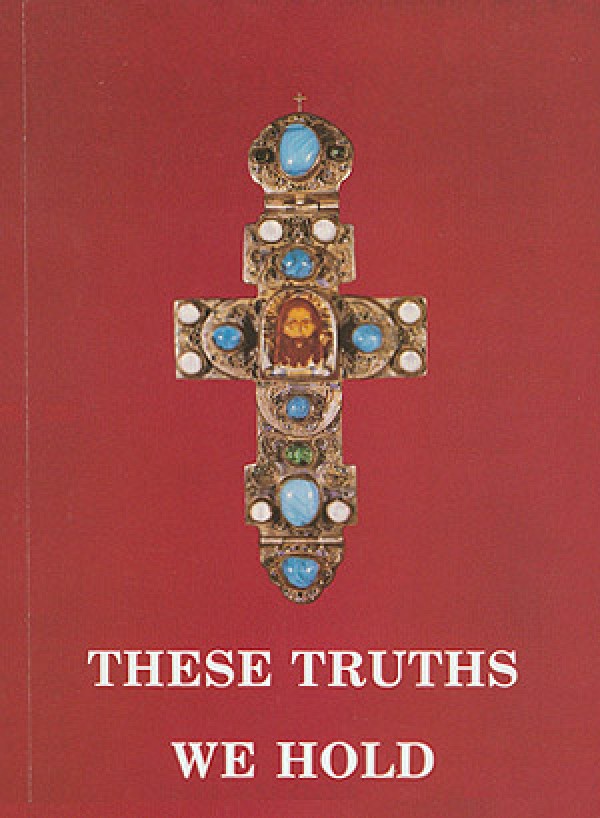 Many are prone to saying there is no Orthodox culture in America; religious culture is something that comes from Europe or the Middle East; or else it must be dug up from the very ancient past, from which we must interpret and reconstruct meaning.

In fact, this is not necessarily true. It is said by some with humor that tradition is only as old as what our parents and grandparents taught us. Actually, there is profound truth in this. A cultural tradition is not an abstract reconstruction, but those truths, values and behavior commonly practiced, observed, held and understood by one generation and passed on to the next. There is a pattern of customary beliefs, a way of doing and explaining things, that is observably the faith of our fathers, passed on to us as those truths we hold.

The compilation of this book is an effort to gather from an on-going tradition of piety that which is traditional, for many, reinforceing the familiar - but equally beneficial, familiarizing many with an Orthodox continuity of things commonly observed. The style of themes, attitudes, expressions and images is popular in the sense that it has been the experience of Orthodox people in their own life and worship, representing how they were taught, what they have come to understand, and thus, have passed on to us.

It is uniquely Orthodox that theology is not solely the scholarly pursuit of a specialized class of clergy. We can, with much benefit, come in touch with what has been traditional for our people in Orthodox parishes for many generations as a theology of piety and practice. The necessary continuity for growth is to have some understanding of these truths commonly held by the Orthodox, and to be able to say, These Truths We Hold.

Compiled and edited by a monk of St. Tikhon's Monastery.
This title may be purchased from STS Press.